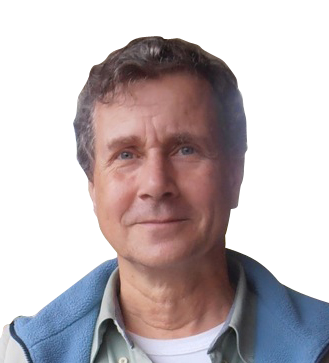 Pierre Daavid’s journey started in Santa Barbara, California in 1976, where he studied Shiatsu, Polarity, different forms of yoga and nutrition. In 1980, Pierre lived for two years in Ottawa where he committed himself to the study of Kundalini yoga.

In 1983, Pierre sustained a serious back injury where constant Chiropractic treatment proved ineffective.  This pushed Pierre to seek another way to heal. Two years later, Pierre came across the work of Stanley Burroughs, the creator of the Vita Flex technique, an advanced form of Reflexology.

After a single treatment from a student of Stanley Burroughs, his hip was aligned. This was the first glimpse of hope Pierre has had for a long time. As a result, he decided to study Vita Flex with Stanley Burroughs himself. In 1988, Pierre Daavid graduated from Stanley Burroughs School in Newcastle, California, where he obtained a diploma in Vita Flex, Colour Therapy and Nutrition. Despite improved body alignment, the pain persisted.

Integrated Reflexology targets and assists with:
All types of back pain.
Shoulder and joint problems.
It is also effective for headaches, migraines, fatigue and stress.

In addition, Integrated Reflexology will assist in the recovery from problems of the digestive, respiratory, circulatory, lymphatic, urinary and reproductive systems.

Pierre has taught his method in Canada and Australia for 30 years.
Integrated Reflexology is also known in Australia as Daavid Therapy.

1-Integrated Reflexology and the holographic principle

Integrated Reflexology is based on a ancient Indian principle that the body is contained within each of its part. It is also a modern scientific model called the holographic principle. Have you ever seen a hologram? It is a three dimensional photo. You can actually walk around it. In an accident a technician broke a hologram negative, to his surprise he discovered that each broken piece contained the whole three dimensional picture. Looking closer he also discovered that each contained different minute details of the hologram. Example: Imagine a three dimensional picture of a face. A fragment of the broken negative would contain more details of the wrinkle around the eyes, while another fragment would contain more details of hair and so on.

How You can find us